Check out some of our most recent Shabbat Services

Simchat Shabbat meets every 2nd and 4th Saturday at 9:00 AM 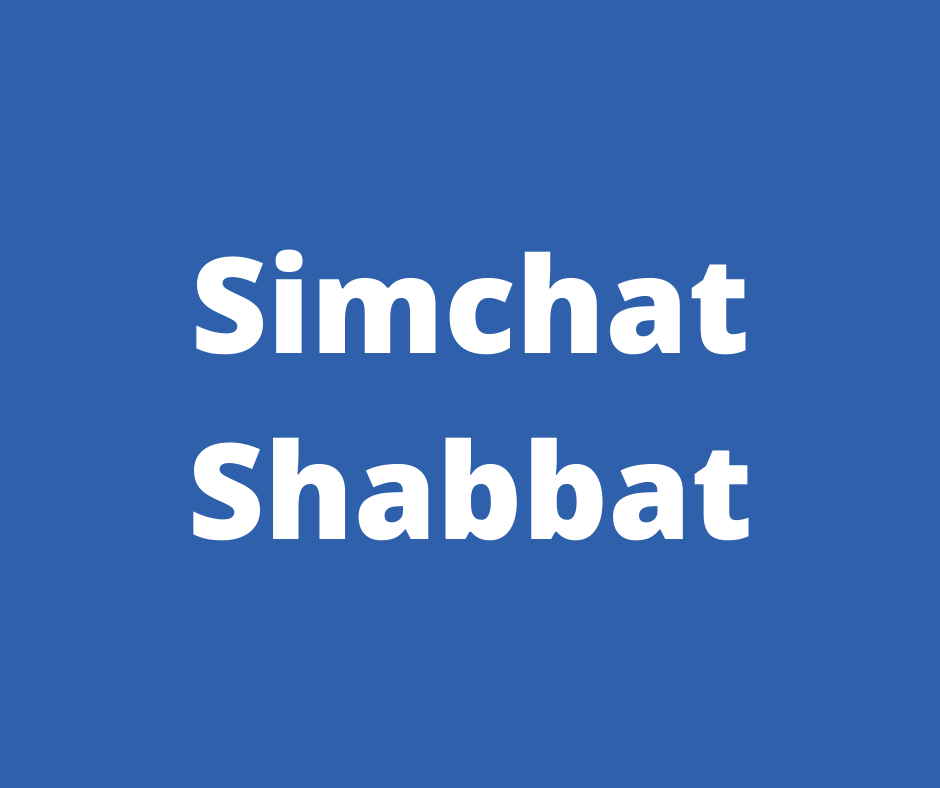 Join us for Simchat Shabbat. This lively and participatory musical service features contemporary melodies, guitar, and meaningful liturgy. The Torah reading is followed by a brief, interactive Torah study. This service is ideal for families and dress is casual. Want to chant Torah at Simchat Shabbat? Contact Rabbi Appell. 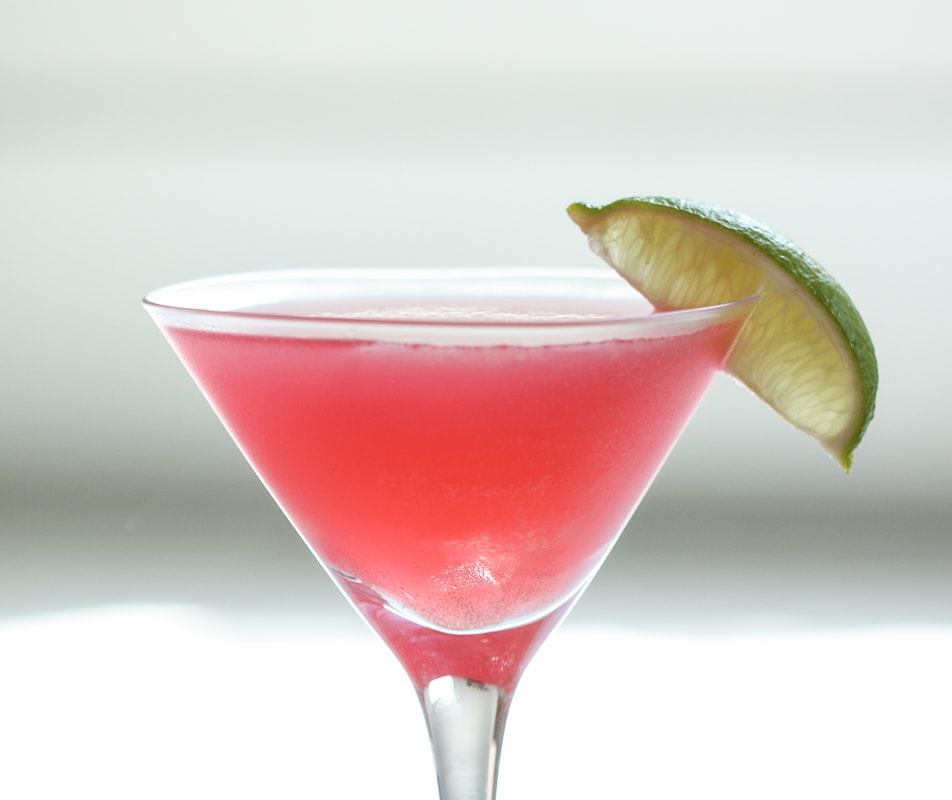 Join Cantor Novick while we drink cosmos and enjoy Havdallah together!

You’re all familiar with the medical test called Magnetic Resonance Imaging – or the MRI. It helps our doctors discover what is happening inside specific areas of our bodies. Of course, one of the downsides of that test is that it usually requires us to remain prone in a very narrow space that – shall we say – is less than comfortable.

I thought of those narrow spaces two weeks ago, at Selichot, when we heard a striking presentation from Abby Stein. Abby Stein is a transgender woman — eleventh generation in the Chasidic community where she grew up. She recently abandoned what she described as the “narrow spaces” of that Chasidic world.

Abby reminded the crowd that filled every seat in Brody Chapel that the grammatical root of the word Egypt – mem, tzadi, resh – means “narrow” or “restricted”. We Jews are so happy that we left that narrow place called Egypt that we constantly celebrate the Exodus: every Shabbat when we chant Kiddush throughout the Pesach seder, and at every service during these Holydays.

As we approach Neilah, I’d like to talk to you about the narrow places where we live every day, the effect that they have upon us, and the opportunities we have to break out from them.

But first a quick caveat:

Yes, the MRI is most effective in a narrow space.

Yes, we sometimes need security that limits access to school and workplace.

There ARE times when we need to stay in our

But today I want to talk about the narrow places that we need to break out of. We all live in those places. I certainly do and I suspect most of you do as well.

Some of us live in narrow places by virtue of our personalities. We have a few obsessive, type A’s among us; some of us are easily intimidated, or highly vulnerable; impulsive, self-centered or consumed by envy.

Most of us had loving parents who meant well for us, but some of them had rigid expectations of what they thought we should become.

And some of us give our own children too little wiggle room to become their authentic selves – or too much.

We all go through periods when we can’t see the wide forest, only the narrow trunks of trees.

We’ve all got something about us that is narrow and confining.

Narrowness comes in many flavors:

We wall ourselves off from new experiences;

unwilling to try that new flavor of ice cream;

hesitant to check out the fitness center,

Is there anyone here who doesn’t harbor narrow feelings that are racist, homophobic, misogynist or xenophobic, feelings that we’d like to get beyond?

This summer I shared with our eight year old granddaughter, Ella, a bit of what was happening in Charlottesville. I told her that some people didn’t like others because they weren’t the same color as they. Ella’s reaction was visceral and immediate. She said: “I can’t believe that anyone wouldn’t like someone because of their color. I can’t believe anyone would feel that way.”

Sometimes eight-year-olds are our best teachers. Narrowness is not what we, our children, or our grandchildren were created for.

Weren’t we created to embrace the world, not to hide from it?

Weren’t we were created to see the world from more than one angle and be the bearers of light.

Even if we find ourselves in the most difficult circumstances – and many of us do — we can still be bearers of light.

Viktor Frankl was an Austrian psychiatrist whose family was interred at Theresienstadt concentration camp in 1942. His father died there within six months. Over the course of three years, he was moved between four camps where his brother, mother and wife all were killed.

In that brutal hell, it seemed that everything had been taken from Frankl and his fellow inmates. But Frankl recognized that one last human freedom remained – the freedom to choose one’s attitude in any given circumstance.

Because it’s so central, I will repeat it: the freedom to choose one’s attitude in any given circumstance.

That’s how Frankl survived the Egypt of the Nazis; that’s how he survived the war and later became the father of logotherapy. He taught:

When we are no longer able to change a situation, we can still change ourselves. We can use our minds, our spirits, to break the narrow confines we find ourselves in.

In less than 20 years, we’ve seen a generation of homophobic Americans struggle with their narrow attitudes and — in stunningly brief time – embrace a new, expansive perspective on human sexuality. Most of us have gone through that process of changing attitudes and….we have been liberated. And frankly it feels good.

I have seen many of you confront difficult situations and respond with a new attitude that is simply breathtaking. To bear light is tremendously liberating and when it happens with lightning speed, it’s downright exhilarating.

Isn’t this what we were created for?

To explore new ideas, to believe in the impossible, to see our world as a pluralistic adventure, a kaleidoscope of divinely created diversity.

Isn’t this what we were created for? To take care of loved ones when they need us, to welcome the stranger, to feed the hungry, to ensure that people who’ve been left behind will have the same opportunity as we.

The gates of Yom Kippur may close in a few hours.

But the gates of our lives do not close – until our last hour.

We weren’t created to close gates, not for ourselves and not for others.

This is what Emma Lazarus taught us when she wrote her famous poem. Lazarus was inspired by that majestic woman — we all admire — who oversees the entrance to New York harbor.

Don’t ever forget: that’s the same Lady Liberty that my grandparents — maybe your ancestors – beheld 120 years ago as they climbed out of steerage preparing to disembark at Ellis Island. Lazarus wrote:

With conquering limbs astride from land to land;

Here at our sea-washed, sunset gates shall stand

A mighty woman with a torch, whose flame

Is the imprisoned lightning, and her name

Mother of Exiles. From her beacon-hand

“Give me your tired, your poor,

The wretched refuse of your teeming shore.

Send these, the homeless, tempest-tossed to me,

I lift my lamp beside the golden door!”

The older I get, the more convinced I become that our lives are so much richer when we lift our lamp and cast light rather than darkness.

When we accept instead of reject.

When we embrace rather than push away

When we listen rather than think we know it all.

When we are flexible rather than rigid

When we are pluralistic instead of single-minded.

When we include rather than exclude.

When we hope instead of despair.

Learn from Victor Frankl that freedom starts with a change of attitude that we are all capable of achieving.

Take guidance from the insight of Rabbi David Ingber which Abby Stein shared with us at Selichot:

“In our tradition, leaving Egypt wasn’t an historical event alone. It was a personal and existential leaving as well.

B’chol dor vador. In every generation we must regard ourselves as though we have personally left Egypt.

Whenever we leave a narrow place…a place of constriction, a place where we are not authentically who we are, that leap taking, that transitioning, is an exodus. A freedom walk”.

In this New Year – my friends — I invite us all – myself included – to identify a narrow place that we would like to leave and then….